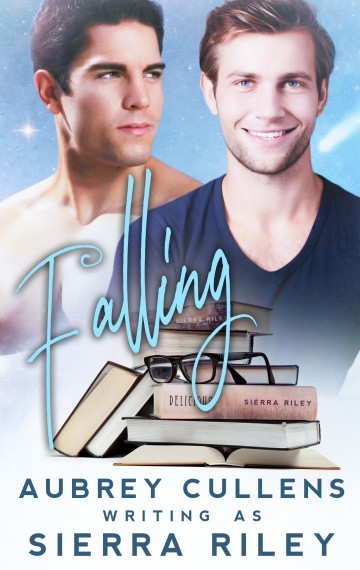 “You’re the best fake boyfriend I ever had.”

“Love exists… in books, at least.”

There’s no way bookstore owner Jeremy Bennett is going to his ten-year class reunion after accidentally drunk-posting on the reunion’s Facebook page and making himself sound a) much more interesting than he actually is, by b) claiming to do the kind of things he actually only reads about, and c) worse, also claiming to have a super hot boyfriend, when in reality, d) his dating history is more like the bastard love child of a trainwreck and a what-not-to-do reality show.

When one of Nick Roberts’ personal training clients mistakes him for the boyfriend of a new gym member, Nick decides to play along on a whim. After all, he can’t let the guy die from embarrassment, and besides, even though Nick isn’t gay, he has a feeling that the story behind the mistaken identity might prove to be the most fun he’s had since moving to Tulsa.

“I went from faking it to feeling it. Don’t tell me this isn’t real.”

Falling for your fake boyfriend is a guaranteed dating fail. Unless the stars align…