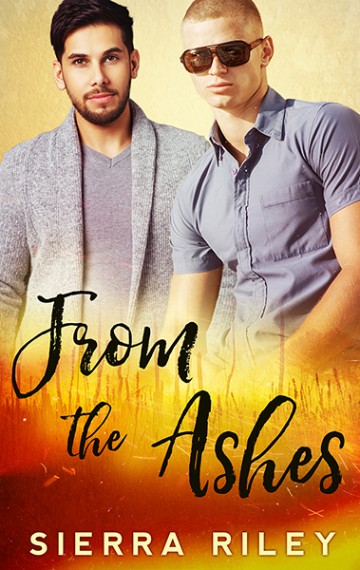 “There’s nothing for me here but bad memories.”

“I don’t know why I even came back. It’s too late to fix anything.”

Zac Kesson fled his closed-minded family and the tiny town where he grew up as soon as he was able. Now he’s a club owner in the big city, finally living his own life, even if it’s a lonely one. But when a forest fire devastates his hometown and puts his father in the hospital, he feels the pull toward home. The last thing he expects is to cross paths with his first love, Anton. The one who broke his heart.

“We’re not the same people we used to be.”

Anton McKinley, the town veterinarian, will do anything to save Charlestown’s animal inhabitants after the fire. He’ll take in any stray around. Even if the man who brings them in is his ex-boyfriend. He can’t believe the nerve on Zac, showing up after all this time, even if he was rescuing a kitten in the process. Even worse, he can’t believe the spark of attraction he still feels for his former lover, a simmering desire that never really went away.

“Do I even deserve a second chance after what I did to you?”

Fate has drawn Zac and Anton back together, for better or worse. They put aside their differences for the sake of the animals, or at least that’s what they tell each other at first. But as Zac confronts his homophobic parents and the loss of his childhood home, he finds himself reaching for Anton, needing that comfort they once gave each other. While their ruined hometown slowly begins to rebuild, new beginnings are in the air. But is it too late for Zac and Anton? Are they just too different, or do they stand a chance at building something new on the ashes of the old?