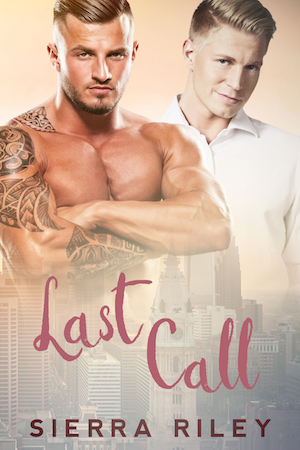 “Was I your art school dreamboat?”

“I lost it all overnight.”

Philadelphia artist Connor Banks has washed up, and he’s only twenty-five. The sting hasn’t faded after that night three months ago when his last art show bombed right before he was dumped. He designs t-shirts to pay the bills, but he’s dateless and creatively uninspired now, hardly moving from the couch until a chatty Siamese cat invades his apartment. When his best friend drags him out to a gay bar to get him drawing people again, Connor’s stunned to reunite with the last guy he’d expect behind that bar: Zach Stephens, the heartthrob of his first year in art school.

“That’s when my parents kicked me out.”

It’s been five years since bartender Zach Stephens had to drop out of engineering school and lost touch with his best friend from freshman year. After he was caught holding hands with another guy, Zach and his dog escaped his parents, and Zach’s been struggling ever since to build a stable life. He just can’t reconcile the hunky, tattooed Zach everyone else sees—and wants—with the little he feels like he has to offer. But Connor sees him for more than his abs, and falling into his first relationship with his old friend is the easiest thing in the world.

“I want to do something with my life.”

When Zach’s boss tells them the bar’s closing in sixty days unless he finds a buyer, Zach has a choice to make: move and find a proper career but lose Connor, his first boyfriend, stay in town but work in dead-end bartending jobs… or take the third option, the scariest of all, and secure a future for everyone. While Connor struggles with his fear of certain failure if he enters the next big art show, Zach has to decide what kind of man he wants to be. Can Connor and Zach screw up their courage and be brave, or will they only screw up the one good thing they had going?