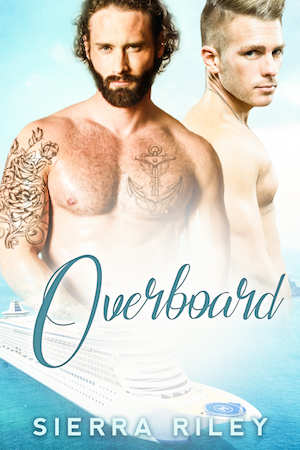 “Are you ready for your forever?”

“I work too hard to struggle so much.”

Self-employed carpenter Duncan Mills is sinking. He’s already sold almost everything he owns, but there’s still no end in sight. With his business in hot water, he can’t even afford to attend his sister’s cruise ship wedding. On the verge of homelessness, he might have to do the unthinkable: move back in with his parents who don’t know he’s gay.

“Why make something of myself when everything has been given to me my whole life?”

Sebastian Walker is swimming in cash… not that he ever had to lift a finger to earn it. He parties hard and lives large—all thanks to his father’s success—and he’s used to men who fall into his lap and hang around until Sebastian gets bored of them. But when he loses a bet to his friends and has to try speed dating as a punishment, he meets a sexy mountain of a man who won’t even give Sebastian his name.

The stranger is definitely not boring. He might even be worth working for.

“The only man who can help is the jerk I hate the most.”

At the last second, Sebastian offers to pay for Duncan’s cruise trip… so long as he can come too. Duncan wants to say no, but he has nowhere else to turn. Sebastian is a trust-fund brat, a sexy, arrogant prick that Duncan can’t possibly bring around his family, but he also can’t let his sister down.

With his family surrounding them, Duncan fears they’ll get suspicious about his relationship with the other man, and Sebastian isn’t helping at all. Once onboard, he proves to be too hot, too close, too damn irresistible. The two men are trapped in a small cabin together for the duration, and Sebastian is more than willing to take advantage of their situation.

As the heat rises, Duncan’s resistance—and his ability to stay in the closet with all eyes on him—is in serious jeopardy of going overboard.