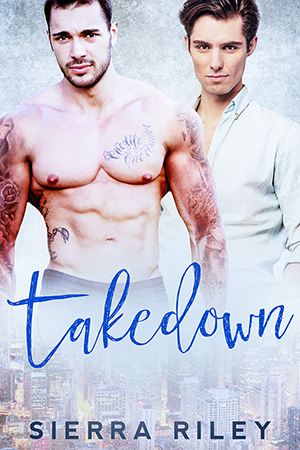 “You can’t let him get into your confidence.”

Three years ago, Mitchell Keane’s marriage was called off when his close friend Luke thought he spotted Mitchell cheating on his wife-to-be in a gay club. Mitchell fled to a new life as a New York City realtor rather than defend himself against the rumors flying around his small Nebraskan hometown. After all, Luke accidentally got the gay part right. Since his abrupt outing, Mitchell’s been too wound-up to even date until he’s forced back home.

Luke Hanson never forgave himself. Low lighting, one too many drinks, and an overactive conscience led to a terrible mistake. Luke tamped down his feelings and threw himself into his career instead. All Luke wants now is a white picket fence and a career as an MMA fighter. Then his trainer, Hugh, tells him Mitchell is coming back to town for two weeks… to sell the gym, after the death of Mitchell’s uncle, gym owner Toby.

Luke convinces Mitchell to let him run the gym rather than sell it on the spot. But Mitchell’s parents can’t accept who Mitchell is, and Luke’s future rides on winning his first big promotional fight. With a ticking clock, hothead Luke has to finish things… but hopefully not with Mitchell. Does a small town MMA fighter even have a chance with a high-powered realtor in backwater Nebraska?